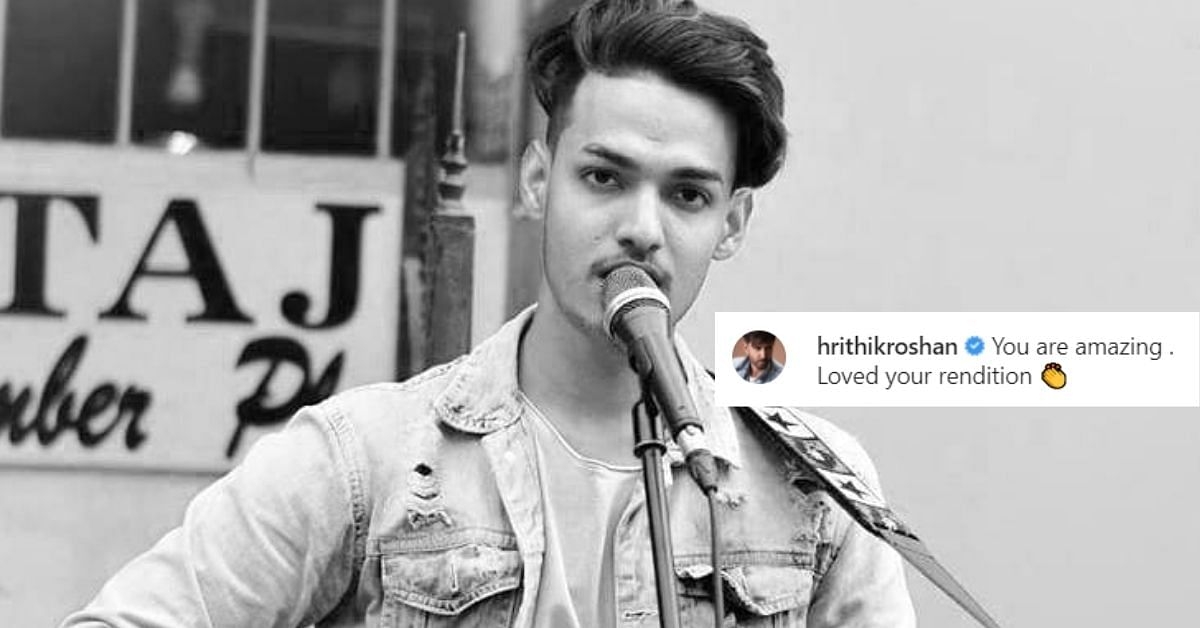 On October 9, Shakeel, resident of Mira Road, Mumbai, left his home 5.30 pm for work. With his guitar and music setup, he travelled to Versova, Andheri to street perform. This 24-YO had been performing on streets for a while now, collecting money for his admission to music school. This performance was going to be life-changing.

As he sang a version of ‘Jab Koi Baat’ from movie Jurm (1990), on that Saturday evening, he caught the attention of a passer-by, who was recording him.

One of the recorders, Ankit, uploaded the video to social media platforms, including Twitter, LinkedIn and Instagram. Within a few hours, it went viral. The video also recorded his UPI account - which he displays for every performance. Next day, his phone rang non-stop, and the money in his bank account increased. His social media notifications poured in continuously. Since then, he received almost Rs. 70,000.

“God bless you Shakeel. Artium Academy would be delighted to have him under your wings and support his musical journey (sic),” Sonu Nigam wrote, sharing his video.

Shakeel, hailing from Chitradurga district, Karnataka, came to Mumbai in 2020, aiming to join a music school, performing on streets to pay for the same.

People often record my videos and share them but this is totally different. I still haven’t accepted that this is happening to me. For the last three to four years I have been doing odd jobs to gather school fees,” Shakeel tells The Better India. He adds, “My parents have been upset with me for dropping out of college and pursuing music. So this is a bit unreal.” ‘The internet and Mumbai can change lives.’

Shakeel is a self-taught artist who has been performing since his childhood. His father is a lorry driver and his mother is a homemaker. Although music was an integral part of life, pursuing it professionally was never encouraged.

While pursuing a degree in Computer Science, he had a ‘now or never’ moment about his singing career. So, he dropped out of college and moved to Bangalore to pursue music in 2018.

From working in a BPO company to working in a restaurant and as an assisting music teacher, Shakeel took up whatever odd jobs that came his way and saved enough to buy a music set up for his house. Inspired by his idol, Allie Sherlock, an Irish busker, Shakeel decided to busk or perform on the streets but there was one problem.

He said, “I was very scared to perform publicly. When I approached a few people in the beginning they would freak out and walk away. One day, my younger brother, Danish, suggested going to Church Street and playing. I remember my eyes were shut throughout the performance. As I finished the song ‘Aye Mere Humsafar’ and opened my eyes, there were 25 people cheering for me. I collected Rs. 6,000 that day. That was the beginning and I kept playing till I collected enough money to come to Mumbai.”

He spent the money into music school fees, rent and food costs in lockdown. Rs. 10,000 when the lockdown restrictions eased.

After performing daily for 20 days across Mumbai, Shakeel finally hit the jackpot with his viral performance. Since the video went viral, he has received several collab calls. He also received an invite from Sonu Nigam’s academy.

Shakeel adds, “A few years ago, my father cried and shouted at me for leaving college. But now I see him smiling all because his favourite actor, Pooja Bhatt, shared my clip. I am so happy I was able to prove myself and my music abilities.”

With the help he has received, Shakeel has booked a seat in Mumbai Music Institute in Kandivali.

This was about the incredible journey of Shakeel, and how his undeterred will landed him into an amazing music school. Comment down below your thoughts about this determined boy. Do visit the space for more such inspiring stories!