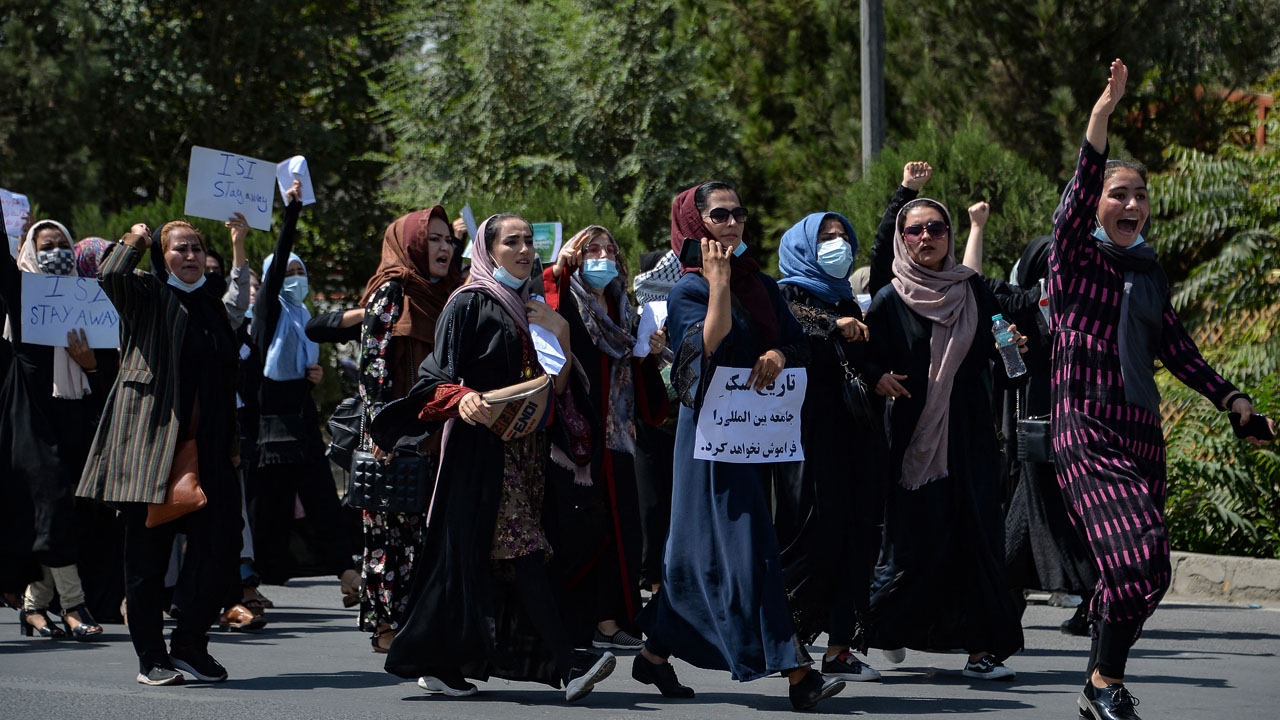 The Taliban, on Thursday, violently shut down on a women's rights demonstration, by firing shots into the air and pushing the protesters back.

A group of 6 women, gathered outside a high school in eastern Kabul - demanding right for girls to return to secondary school, after Taliban excluded them from it this month.

The women held a banner reading “Don't break our pens, don't burn our books, don't close our schools” They pushed these women, as they tried to continue their demonstration, while a journalist was hit with a rifle, denied from filming.

A Taliban fighter also released a burst of gunfire into the air with an automatic weapon.

The demonstrators from the group are called the "Spontaneous Movement of Afghan Women Activists". These women took refuge inside the school.

The Taliban guard led the group and identified himself as head of special forces in Kabul, said the demonstrators "did not coordinate with security authorities regarding their protest. They have the right to protest in our country like every other country. But they must inform the security institutes before."

Rallies of women were held around the country after Taliban seized power, including in the western city of Herat. Here, 2 were shot dead.

Protests have decreased since government issued an order of "severe legal action" for violators. It has been almost 2 weeks since girls were prevented from going to school.

The Taliban follow a strict interpretation of sharia law that segregates men and women, and have also slashed women's access to work.