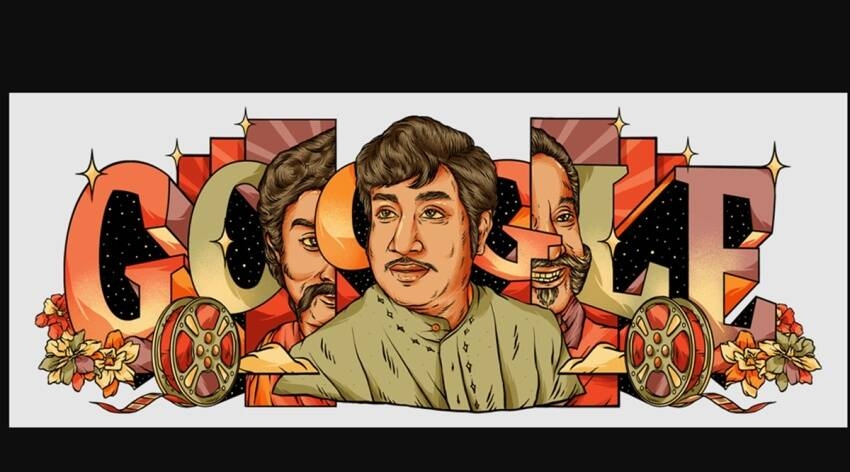 Friday, October 1, marks the 93rd birth anniversary of the late actor Sivaji Ganesan - and Google has paid tribute to this legend by coming up with a Doodle on him. A Bengaluru artist, Noopur Rajesh Choksi made this Doodle, noted Google.

Actor Vikram Prabhu, Ganesan’s grandson, was among those who shared the Doodle on Twitter. He said in a tweet, “Here is the #Googledoodle honouring the Legendary #SivajiGanesan on his 93rd birthday. Appreciate the people from Google India and their guest artist Noopur Rajesh Choksi for the doodle art. Another proud moment! Love him and miss him more every year.”

Ganesan was born on October 1, 1928, as Ganesamoorthy in Villupuram, Tamil Nadu, of what was then the British India. At 7, he left his home to join a theatre group.

In December 1945, Ganesamoorthy portrayed Maratha ruler Shivaji in a play titled “Shivaji Kanda Hindu Rajyam.” His performance was so iconic that the name stuck, and he became “Sivaji,” and was known by the name, the rest of his life.

Though he was mostly acting in Tamil cinema, Ganesan appeared in almost 300 films, including in languages like Telugu, Kannada, Malayalam and Hindi.

In a career spanning almost 5 decades, he won many awards, and was the first Indian actor to win a Best Actor award at an international film festival - Afro-Asian Film Festival in Cairo, Egypt. He won it for his performance in 1960's “Veerapandiya Kattabomman.”

Ganesan, who also dabbled in politics, was described by the Los Angeles Times as the “Marlon Brando of south India's film industry.”