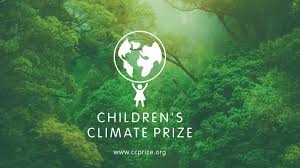 Reshma Kosaraju, 15, from Saratoga, California; 17-year-old Yash Narayan, from San Carlos, California; and Anjali Sharma, 17, from Melbourne in Australia, are the 3 among 5 finalists for 2021 Children’s Climate Prize.

Reshma was chosen for her project, “AI against forest fires – Where technology predicts and limits the damage of forest fires.” For her, the jury noted that this is an example of an extraordinary and creative solution based on a systemized approach.

It said, climate change and forest fires mutually reinforce each other and wildfires, today, are in many locations larger, more intense and longer lasting.

The jury also added, “Forest fires have increasingly become a global and topical issue. Reshma represents the best of youth entrepreneurship: brave, innovative and solution-oriented. Her model uses AI and technology in an innovative and savvy way in order to accurately predict the risk of forest fires while also accounting for the independent variables of climate, weather and human behavior. A clear and scalable business concept, with a global approach to accessibility.”

Narayan’s project was, “DeepWaste – Technology for better and more precise waste classification.” The jury highlighted the fact that each year, a lot of unsorted waste is thrown away which is deposited / burned, contributing to unnecessary emissions. They added that this is a “huge problem” and represents a “challenge for our societies” to achieve effective waste management.

They applauded Narayan’s “impressive” project, the called it “self-teaching, accessible, scalable,”. The development potential is enormous. It said, “Yash and DeepWaste are right on time and contribute to increased awareness and knowledge.”

The jury said, “Too often, policymakers and leaders make decisions based on short-term financial considerations, even if that can have major negative impacts over a longer period of time. The result may mean that future generations will have to bear the costs. Anjali is a colorful example of the power that more and more young people are flexing to achieve change.”

“And it also shows how young people can challenge entire industries and sectors by using the law. Anjali’s ability to mobilize is impressive and representative of a growing phenomenon in the world.”

It takes courage to challenge the current power and established structures and succeed in achieving a “duty of care” in a fossil fuel-heavy country such as Australia, it said, pointing out that Sharma is a “major pioneer” and her legal wrangling is historic in Australia.

The winner is to be announced November 8. They will receive a diploma, a medal and financial support of SEK 100,000. The award is handed out by the Children’s Climate Foundation.

Aishwarya Sridhar, 24, who is an award-winning Indian wildlife photographer, was a part of this year’s jury team, and said, “I was totally blown over by the ingenuity and practical application of each of the finalist’s projects. Each of them through their projects have addressed real problems which are plaguing our world and they are working to create impactful solutions.”

This was about the amazing achievement of these young talents, who have made India more than proud of them. It is outstanding to see such young minds think of saving our environment with some commendable projects. Comment down below your views on this topic. Do visit the space for more such stories!