Vincent Van Gogh : Not a product of depression and drug abuse 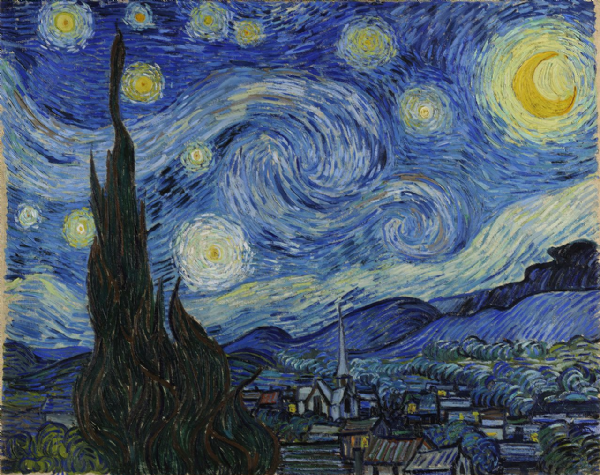 ( The Starry Night borrowed from vangoghgallery.com )

There cannot be a single art enthusiast who is unaware of Vincent Van Gogh’s famous ‘The starry night’ and ‘Road with Cypress and Star’. Everyone is attracted towards his paintings, precisely because they are unique. They are all painted in a very different manner, a style which was never observed before him. This style of his turned out to be his signature and was later followed by many fellow art enthusiasts and painters. But what could really be the reason of Vincent’s style? Was it his depression that created his style? Did depression give the world an astounding artist? In fact, it is believed that depression or a tragedy is the cause of many beautiful pieces of art and this has also resulted into an unprecedented yearning for the mental condition by many novel artists without understanding the severity of its implications. Let us understand how depression worked in case of Van Gogh.

Vincent Van Gogh was born with a brain lesion in an era which was not medically advanced enough to deal with the problem. Initially, this was the only problem for him, which further led to mental issues incorporated with the laceration. However, later the drugs which he was medically prescribed or he was exposed to because of his craving, which too was instigated due to his mental condition, created several other problems ultimately pushing him towards depression and then suicide. Patterns such as excessive use of yellow color and frequent circular outlines in his paintings, although were his copyright in this art, but they were an outcome of how he observed the world at that time. And this has no philosophical meaning but an actual condition that his medication had caused. Van Gogh was being diagnosed for Temporal Epilepsy and was prescribed Digitalis due to which we often see him using yellow color in his paintings. As an effect of Digitalis, a person tends to see things in yellow or experiences yellow spots in his vision. He was also advised to use Absinthe and this led to Thujone poisoning of Van Gogh which too resulted in the same condition as that caused by Digitalis. It is believed that Van Gogh had a habit of nibbling at paint chips and also that he had once tried to end his life by swallowing paint. This had created lead poisoning into his body and as a symptom of this condition; people are believed to experience vision of light in circles.

It is evident from these facts that his paintings were not his imagination but literally a replication of his view of the world. Any artist’s work, may it be painting or writing is a reflection of the world he has in his mind. We observe the same thing in case of Van Gogh. But his depression and his addictions were not achieved by him merely for the purpose of creating novel art. He was a victim of genuine depression rooted to the brain lesion he was born with. And the fact that he was being treated medically for all his mental disorders shouts out loud that he didn’t want to be depressed. He ended his life out of misery, only when he saw no hope ahead to recover. Most of the growing artists miss this point and often have this impression in their mind that it is depression and drugs that create an artist. It is not true in case of Van Gogh since his art was a reflection of the hope he had for his life and his style literally reflected his perception of the world. The great painting artist, Vincent Van Gogh cannot be categorized as an artist born out of depression and drugs abuse.