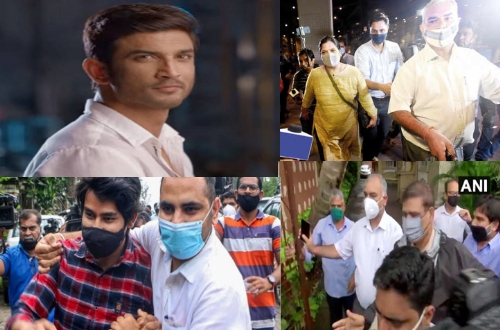 Sushant Singh Rajput’s death caused a mayhem that no one could have predicted. Not just his family or fans but people all over the world demanded justice for Sushant and asked for CBI probe in the case. Finally, this request was accepted and on 20th August the CBI team arrived in Mumbai.

To look at all the different angles and work seamlessly, the CBI has divided itself in three different teams and they are all working parallelly. The first team here is examining all the reports related to this case. This includes the reports by Mumbai Police, forensics and autopsy reports. The second team will be working and getting all the statements from the people questioned by Mumbai Police. Whereas team three took the Central Forensic Science Laboratory experts to Sushant Singh Rajput’s apartment where they recreated the death scene again.

On Saturday CBI took Sushant’s staff to his Bandra apartment. Here, they were questioned before recreating the crime scene. There were also some inconsistencies in the statements between late actor’s flatmate Siddharth Pithani and other staff members Neeraj Singh and Dipesh Sawant. CBI has taken all the reports regarding this case from Mumbai Police and also recorded the statements of late actor’s sister Shweta Singh who lives in Delhi. They are also expecting to question Rhea Chakraborty today.