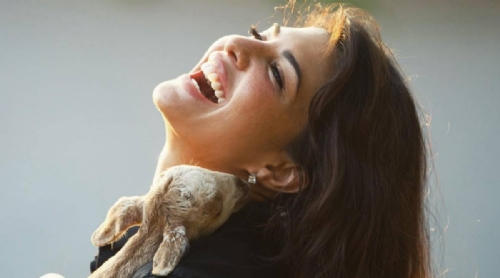 Originally an outsider, she won our hearts with her bubbliness, smile that lights up the room, splendid dancing moves and her acting. Jacqueline Fernandez turns 35 today!

Starting with hosting shows at the age of 14 and pursuing a career in News reporting she got a degree in Mass Communication from the University of Sydney, Australia, but modelling offers kept pouring in and in 2006 she was crowned Miss Sri Lanka.

On her visit to India in 2009, she auditioned for Sujoy Ghosh’s fantasy film ‘Aladdin’ and never looked back. In her first Bollywood debut she stared opposite Ritesh Deshmukh and Amitabh Bacchan. Although, a failure at box office, Jacqueline won many debutant awards that year. 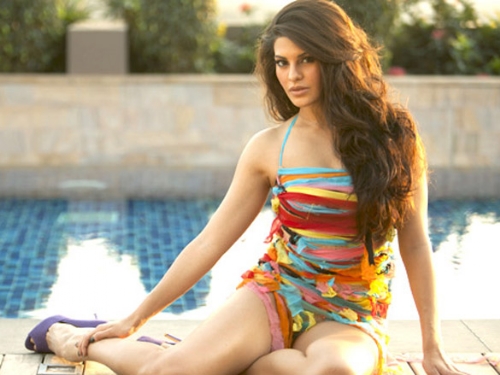 After some experimenting and failures, she got the opportunity to show her dancing talent in item song ‘Dhanno’ in the movie ‘Housefull’. Then came the much anticipated sequel, a suspense-thriller Murder 2. Her role in the movie was enthralling and kept people glued to their seats in movie theatre. This was her first commercial success.

This got the dice rolling and she appeared in two highest grossing movies of their years –Housefull 2 & Race 2. Then once again she got the opportunity to showcase her dancing talent and she impressed! A 2013 movie ‘Ramaiya Vastavaiya’ had a dance number by Jacqueline and she became the only memorable thing about it. She matched steps with dancing legend Prabhudeva in ‘Jaadu ki Jhappi’.

This opened new opportunities for her and she landed the role opposite Salman Khan in one of the highest grossing movie of 2014 – Kick. Her enchanting beauty and magical moves in this movie left everyone astonished and the outsider finally became the part of Indian cinema, and the heart of its viewers.

2015 was the defining year for her and she gave exceptional performances in the movies ‘Roy’ and ‘Brothers’. These movies were not a huge success but there were only praises for Jacqueline’s portrayal of the characters.

Her movies Housefull 3, Race 3, Dishoom, A Gentleman were not a commercial success either but her roles were memorable. Then came Judwa 2 and once again she dazzled everyone.

We have all danced or hummed her another hit song ‘Makhna’ from 2019 movie ‘Drive’ and 'Genda Phool'. She also starred opposite Manoj Vajpayee in ‘Mrs. Serial Killer’ in the beginning of this year and her movie ‘Attack’ is awaited.

We wish Jacqueline a very Happy Birthday, may she always keep spreading her happiness!