Bollywood actress Athiya Shetty kind of made her rumored relationship with swashbuckling Indian cricketer, KL Rahul official after an extremely heartwarming wish for the latter's birthday. KL Rahul turned 28 on April 18 and wishes started pouring in from a legion of followers of the cricketer, celebrities, and other sportspersons.

Well, I'm pretty sure all the wishes meant a lot to KL Rahul, but one wish would certainly standout for the ace cricketer hailing from Karnataka. Athiya Shetty took to Instagram to wish KL on his 28th birthday and while the picture is extremely adorable, the caption is what grabbed eyeballs of everyone. "Happy birthday, my person @rahulkl" read the caption. 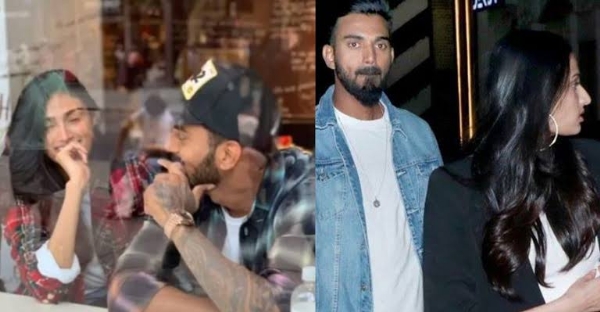 Well, this certainly is a lot more than just a caption. It is quite evident that their relationship is not a rumor and that the two who have been spotted in public a number of times, has made their relationship Instagram official. KL Rahul replied to the post with a couple of heart symbols. 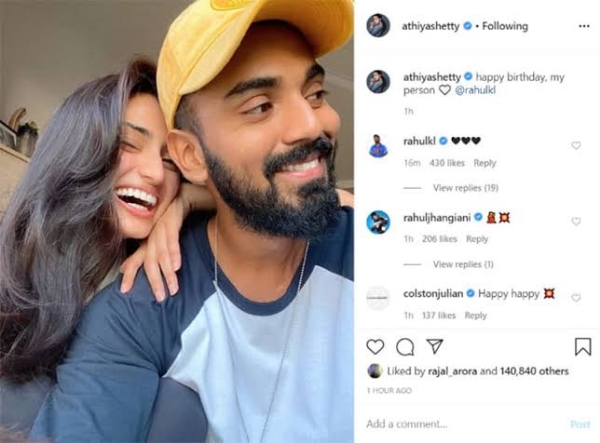 While the entire world has come to a standstill because of the outbreak of the CoVid-19 pandemic, both the entertainment industry of India and the sporting industry has come to a major halt. All cricket matches across all parts of the globe have been suspended and films that were to be released during this time, have been slated to release at a later date.
Athiya Shetty KL Rahul News Love