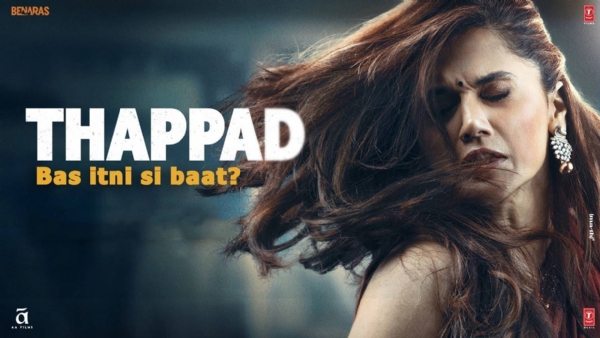 My friend was in an abusive relationship. No, not your typical domestic violence. If you had asked my friend, she would have answered you – “Arrey, my husband is really nice to me. He cares about me so much. Yes, he criticizes me but that’s because he wants me to be better.” Her “criticizing” husband used to microscope everything she did, right from how she looked, how she dressed to how she led her life. Even when she got the compliments from someone, his go-to line was – “ज्यादा उडो मत, इसमें ये-ये कमी है” (Don’t get so happy, this or that is not right in it).

Slowly, once a most confident girl in the room, transformed into shy and vulnerable woman. When anyone confronted her regarding his behaviour, there was always an answer ready, “He is not abusive, he doesn’t beat me”, well, until he did. When she finally decided to get away from him, all the “caring” rishtedaars from both the sides, tried to console her by saying ‘this happens, he must have been frustrated, he must have been tired, don’t make such a fuss about such small issues, “maar-pit” is part of love, marriage means sacrifice & compromise, you are a woman you have to adjust, you’ll be a divorcee (as if it’s an end of the world) etc., etc.’

My question is – WHY? Why should she compromise & adjust? Would these rishtedaars give the same advice if the situation was reversed? More important than that, why is it okay? Why as a society we have grown so insensitive that we cannot see the wounds her husband left on her, both physically and mentally? Why couldn’t someone tell her that just because he didn’t beat you doesn’t mean he wasn’t hurting you? WHY?

Kabir Singh was one of the biggest success of last year’s box-office. I didn’t see the movie but a few weeks back I went on a family trip, where my younger cousin told me the story, romanticizing all the stalkerish, manipulative shit the hero pulls on the heroine. My cousin was swooning while telling me how when the heroine first enters the classroom our “caring” hero orders the girl sitting at the front desk to take another sit and tells the heroine to sit with a girl, who is heavier and not up to society’s beauty standards. After my cousin finished with her story, I tried to start a discussion about the wrong behaviour of this “loving, caring, romantic” hero but she got upset saying I cannot understand romance so I shouldn’t say anything.

Another one of my friends recently watched the movie titled ‘Pati, Patni or woh’. Finding it hilarious and fun. He particularly liked how the hero tells the other heroine a false story so she would sympathize with this married man and even fall in love with him. When I reacted with, “this sounds disgusting”, my friend defended it by saying it happens, the hero was bored with his wife and blah, blah.

Our movies are not just the reflection of our society, they are also the inspiration for our young generations. The actors are the biggest influencers. It doesn’t even take a whole week and the hero’s attitude, clothing, accessories etc. is being copied by all the youngsters. Why then as a parent, as a “matured-aged”, as a society; we not react when such movies are made?

Yes, cinema is for entertainment purpose and it is supposed to be taken lightly, but is that what always happens? Haven’t all the “Romeos” made Kabir Singh their idol? Wasn’t there a meme shared around which had Deepika’s look from ‘Chappak’ with a tagline of ‘This could have been you but you agreed’? Didn’t every girl want to become ‘Poo’ when K3G was released? A pretty girl with no ambition, just waiting there for her prince charming to sweep her off her feet? Is cinema really just for entertainment purposes? And can we actually say that it is not taken seriously?

Of course, there is another side to this story and Indian cinema is slowly but surely heading in the direction of raising the questions against societal issues. The trailer of the movie ‘Thappad’ felt like a nice thappad to all “Kabir Singh styled” movies. It felt good to see the protagonist saying, “Yes it was “just” a slap but I won’t accept it”.

The trailer of ‘Thappad’ was released yesterday and it looks like director Anubhav Sinha has come up with another masterpiece. Not only addressing the issue of domestic violence but also the insensitivity of our society regarding this subject. Throughout the trailer you can see different people telling the lead actress, Taapsee, to reconsider her decision of getting a divorce because of “just a slap”. The subtitle in between is – ‘Love & Respect, she deserves both’. This movie also stars Pavail Gulati, Ratna Pathak Shah, Tanvi Azmi, Dia Mirza, Ram Kapoor, Kumud Mishra, Manav Kaul & Gracy Goswami. Taapsee Pannu also said that “It is this year’s ‘Pink’”. “Thappad: Bas itni si baat?” is schedule to release on 28 February.

What are your thoughts on Indian cinema? Have you watched the trailer of ‘Thappad’ yet? What was your reaction on it? Do let us know in the comments section below.