A Glimpse into Indian Royalty

India, the Kings, Nizams and Queens completed royalty and did it well. The palaces in India are the most magnificent ones in the world and date back many centuries. One cannot help but be breathe taken by the sheer beauty and magnificence of these grand homes to the Rajas. They are not just a pretty sight but build a rich heritage for our country. Plus, if you have ever wondered what it would be like to live like a royal Raja, palaces are the place to go. People who love history and travel are bound to love these palaces. So here are just a few of the many palaces in India that you should definitely visit at least once. 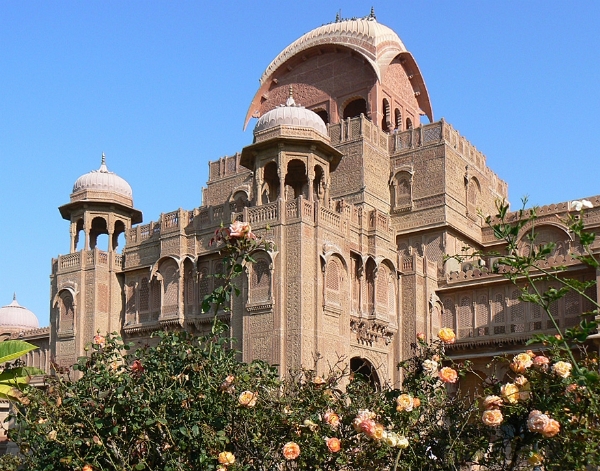 Lalgarh Palace – This is a grand palace in Rajasthan. This was built by the Maharaja of Bikaner in the year 1902. This palace has one of the most intricate architectures, and the design of the palace was done by Samuel Jacob who was a British architect. The palace has 3 floors and it is named Lalgarh, as it was built out of red sandstone from the desert of Thar. This palace is now a hotel, and one of the most popular tourist attractions in the country. This palace will for sure give you a taste of royalty and grandeur. 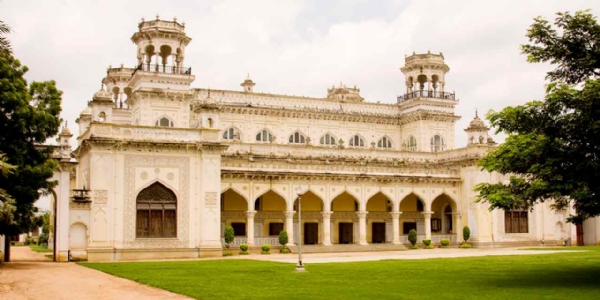 Chowmahalla Palace – this palace is in Hyderabad State and was built by the Nizams, by the Nizam Salabat Jung. Salabat Jung began building this palace in 1750, but it wasn’t completed until 1870 when it was under the reign of Afzal Dawlah. The palace itself is split into south and north courtyards, the southern one being divided into 4 separate palaces, hence the name of it being “chow” meaning 4 in Urdu. The palace is built in neoclassical architecture, along with a huge pool. There is a big corridor of rooms in the northern courtyards, called as the Bara Imam. There are other architectural elements of the palace which are as commendable, like the Durbar Hall, which is where the Nizam used to have his royal seat. The architecture of the place has been inspired by both the Mughals and Persians. 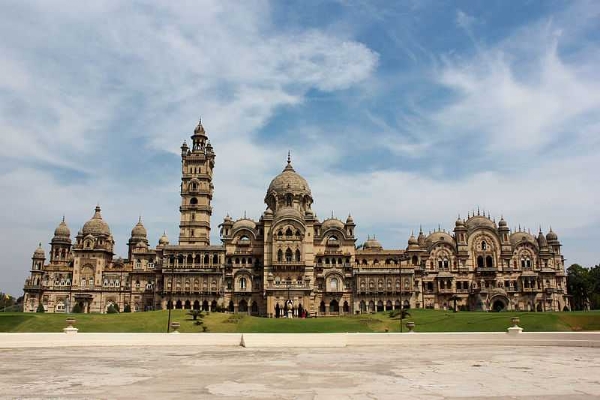 Laxmi Vilas Palace – One of the largest palaces in India, this is located in Vadodara, Gujarat. It was built by the Marathas, and more specifically by Maharaja Sayajirao Gaekwad. It was built when they ruled the Vadodara State. The architecture of it was done by Major Charles Mant, and the style was Indo-Saracenic Revival. It is built over a land of a whopping 500 acres. It is known to be the biggest private dwelling residence, being 4 times bigger than the spectacular Buckingham Palace in London. Today, the royal family lineage of the Vadodara’s resides in this grand place. There are various buildings on the grounds, including banquets and museums which display paintings and relics from across the world. There is also a 10-hole golf-club within the grounds of the palace. The gardens here are well kept and fresh. 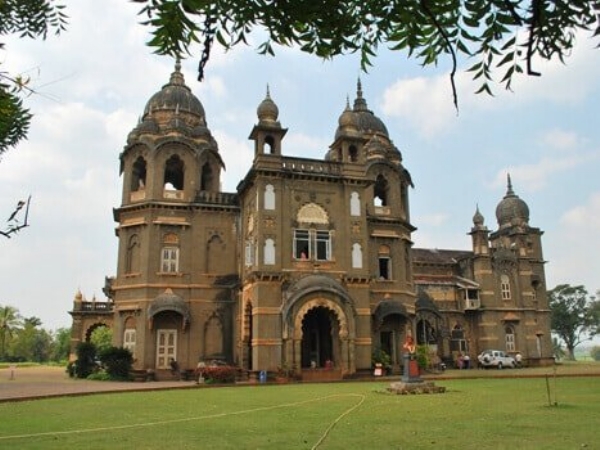 New Palace – This is one of my favourite palaces in India. It is located in Kolhapur and was built in 1877. It did take almost 7 years to be completed which was in 1884. It is one of the biggest tourist attractions in Kolhapur, besides the temples. The architecture of this place is classic Indian. It is built purely out of black polished stone. There is a huge clock on one of the towers of the palace which was installed there the same year the building of the palace began. My favourite portion of the palace is the Durbar Hall which holds a double-height area right at the centre of the palace. There is a museum on the ground floor, which is called Shahaji Chhatrapati Museum. It holds all the relics of the Maratha, and especially the Kolhapur rulers.

These were some of the grandest and stunning palaces in India which will take your breath away. The royal heritage in India is vast and goes back several centuries. They left behind their history in the form of palaces, forts and a lot of sites, big or small that hold any kind of historical importance to the country. These palaces are beautiful, with amazing architectural details. A lot of these have been turned into hotels, so as one can have a glimpse of the lifestyle that the Maharajas lived in their times. I hope you enjoyed this article and made you want to visit them asap.