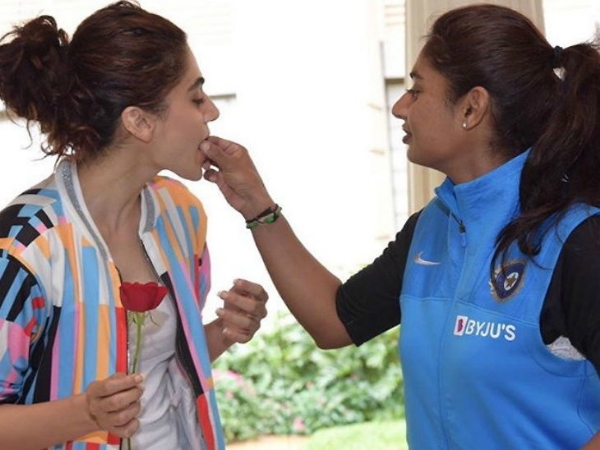 Raees director Rahul Dholakia is all set to direct the biopic of the Indian Women Cricket Team’s captain Mithali Raj titled “Shabaash Mithu”. Actress Taapsee Pannu, known for her versatility will play the role of Mithali. The announcement was made by Viacom18 Studios. Soon, Taran Adarsh, a trade analyst announced the same via Twitter. He wrote “IT'S OFFICIAL... #TaapseePannu to star in the biopic on the life of cricket legend #MithaliRaj...Titled #ShabaashMithu... Directed by Rahul Dholakia [#Raees] … Produced by Viacom18 Studios."

Taapsee wished the captain on her birthday with a heartening message on Instagram that read "Happy Happy Birthday Captain @mithaliraj! You have made all of us proud in more than many ways and it’s truly an honour to be chosen to showcase your journey on screen. On this Birthday of yours I don’t know what gift I can give you but this promise that I shall give it all I have to make sure you will be proud of what you see of yourself on screen with #ShabaashMithu. PS- I am all prepared to learn THE cover drive’ #HappyBirthdayCaptain." Taapsee made a statement expressing how honoured she was to play the powerhouse of talent on screen “I don't think I want to trade this place with anyone else right now. She has always been brave and strong to back truth and her idols, and that is the connect I feel with her. The way she changed the way women's cricket is perceived and seen in India is truly a story worth telling."

In previous interviews, Taapsee had expressed her desire to be cast in sports biopics. Looks like her wish has come true as she also played a shooter in her recent film Saand Ki Aankh. After Shabaash Mithu, the actress will also be seen in Rashmi Rocket another sports biopic on athlete Rashmi from Gujarat. The date of release of Shabaash Mithu has not been revealed yet but the audience sure can’t wait to see Taapsee in another powerful avatar.
Tapsee Pannu Cricket Mithali raaj viacom 18