'Her STEM Story' - Real story of a Wonder Woman 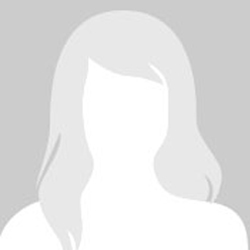 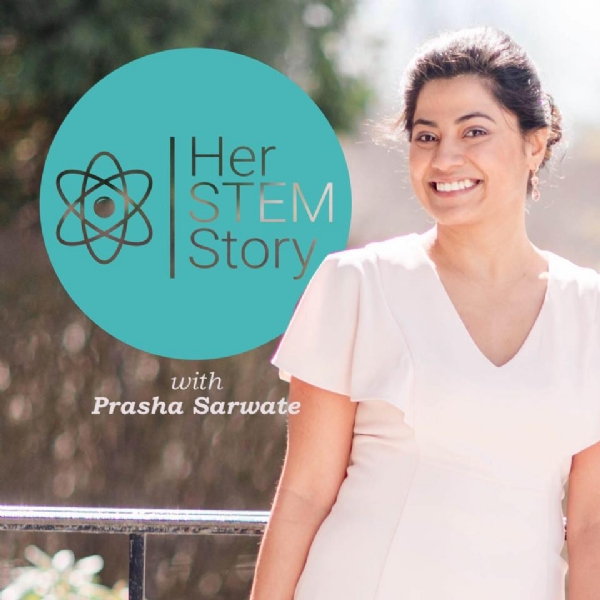 So this name is super interesting isn’t it? But the person behind this name is even more interesting and an inspiration to every girl and every Indian out there. Today I want you all to meet a girl who went to the US for her career, met her Mr. Right there, now she is settled there, she is an Engineer. But that's not all! She started something very special for every girl who is working in STEM fields such as in Science, Technology, Engineering and Maths Field. She is Prasha Sarwate Dutra. She started a podcast two years back called “Her STEM Story” and she never looked back since then.

It is not easy to move to another country, settle there and make your own Identity and inspire a huge community. Her podcast shares some inspiring stories about women working in STEM.

When I asked her how it all started? She said “ It all started when I was going to my wedding venue. I was talking to my cousin about all my friends from Engineering. Those girls were doing amazing things in their lives and I was sharing their stories with my cousin. After that, I did a radio show for a non-profit organization. And then they told me “you are so natural, you must try the radio or audio show.” After that when I was updating my Linkedin Bio I realized I have nothing to write apart from Mechanical Engineer. How come I am only Mechanical Engineer and nothing else? That’s when I thought of starting something different. I think this is such a great thing about the show too because that's what the show has come to be which is more like people are scientists, but also models for people are scientists, but also advocates and scientists and politicians. And so there are so many things that you can be in life, you don't just have to be like a mechanical engineer, so it helped me that I couldn't say anything else about myself. After all of this, two years back Her STEM Story started.

Prasha told us, “Initially it was not easy as I didn't plan anything. While starting this whole thing I penned down the names of the women I knew who were working in STEM. I messaged them I Emailed them and nobody replied, or they said no for some of the other reasons. Then somehow I found my first guest on the show, I interviewed her and I said on the show “See you next week” and I did not have an episode. So initially you do not have credibility so it was not easy but yes I was so hooked with the idea, and honestly, I did not think that anybody would listen I had nothing to lose. So I just went ahead. I knew nothing about Podcasts and I had no big social media platform then. I had no plans initially but now as this show grows I have some plans for 2020.”

This podcast has 87 Episodes and is so close to its 100th. Prasha says: "Now I feel like I have something that can be valuable to women and I can give tips that are useful to women in STEM and not STEM too. She said, “many girls messaged me on how to do this or that and then I feel like making a series so I have started my solo series too on the website.” When I asked why you chose an audio medium she said, “I chose this medium because I just Looooveee to talk. I can talk and talk and talk. And if it feels great when someone listens to you, whatever you are talking about matters to them.

When I asked her about how she came to this beautiful name “Her STEM Story”? She just said Mata Saraswati blessed her. It came from thin air. Isn’t that amazing?

"Her STEM Story is about women from all backgrounds, and minorities including, the LGBTQ community, racial minorities, and economically background. Whatever factor that shaped your career is important for example, Indian women who have visa issues or who have no parental support or family here or any woman from the LGBT community or anyone who is doing something inspiring in this field is a part of Her STEM Story," she says.

“Last year we did “Men in STEM” series too. It was a great experience talking to 4 men from different backgrounds. these men are special because they're doing a lot of work in bridging the gender gap. One of the guys is a dad and he goes to a conference called dads in STEM. This year too, we are going to have the same series with some amazing men who are doing extraordinary work in the field of STEM.” she says.

Last year Prasha organized a Worldwide virtual conference called “Wonder Women in STEM” It was a very successful event. This year she organized it yet again and it was a massive success. “People in the science and research community, go to conferences, and I found that these conferences are very expensive. We wanted to host an affordable conference. Similarly, people can participate from wherever they are in this virtual conference.” she told us. In this way, she created a huge platform where all the STEM stars came and inspired many people.

Prasha is an Inspiration for all the people who want to be successful, creative and give valuable content on social media. She says, “To be healthy you must try to have a routine like I have a night routine and I follow that, You must enjoy whatever you are doing, you should do what you love. Watch TV a little less.” she says, “As it occupies a big part of your brain, slows down your thinking and it slows down your creativity too.”

She dealt with the Depression too when her father passed away. When I asked about what she said, “Most people don’t talk about it. There are far more mental health issues in women than in men. Because men don't have hormonal changes at all, their hormones say steady for all their life almost, except for the teenage but for women, their hormones are all over the place, our hormones change through cycles from week to week, we can be literally in different people. So it is important to talk about it. One must visit the psychiatrist because if the depression is clinical it is a chemical imbalance and one just can not fix it without medication. With that, meditation also helps. We need to slow down and breathe. Happy people should do it too. Everyone should do meditation.”

She says, “Women can do anything. Marriage, Babies and household responsibilities can not stop them from anything. In India we have the opportunity to pursue what we want to, here in the US people tell you that you can’t be smart because you are a woman, If you know what you want to do, you can surely achieve that. Marriage cannot slow down or stop women. Women are way more resilient than men. If you like something just do it.”

Many people leave the country, settle to another country and continue the normal life, but there are some people like Prasha who are setting an example by creating their own identity and inspiring so many women and all the people out there. We just have to look around, take inspiration and just rock the life. Prasha is one of these inspirations.